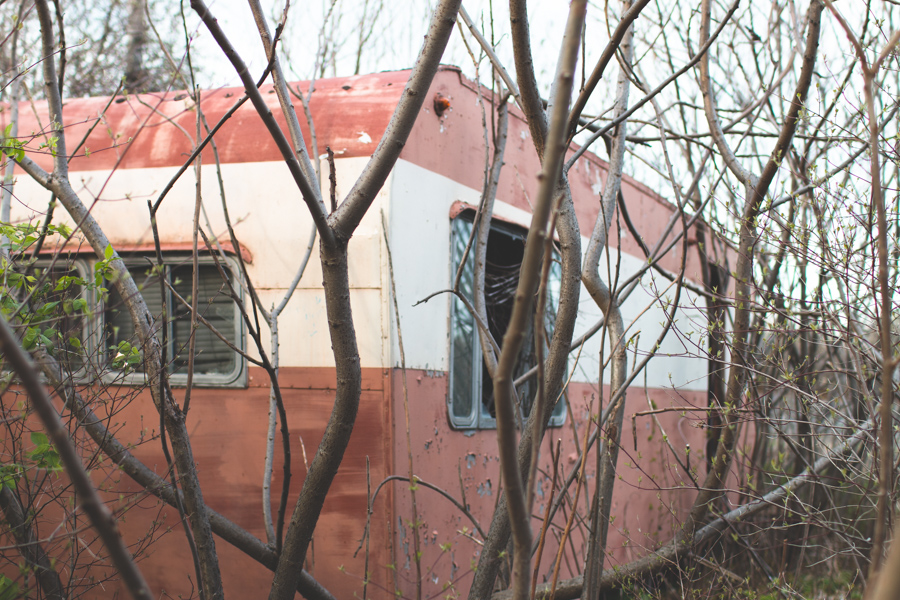 The abandoned trailer park is easily one of my most blogged about places. Since discovering it back in March of 2015 its made its way on to the blog a total of five times previous to this. All those posts are linked at the bottom of this one. Normally I’d hesitate to post yet another photo set from here but once again my excuse is that I feel like the photos are completely different than the previous times. Also, I got FOUR ticks on this little excursion so you’re going to look at my darn photos. Okay? Okay!

On Easter I saw on Allie from The Only Living Girl in New York was in town. I was bummed out that she hadn’t contacted me and wrongly assumed she probably hated me. Totally logical, right? With a little encouragement from Jeff I reached out to see if she was free the next day. I wasn’t really expecting to get to see her because I know how family holiday plans can be super crazy. So when she responded yes with an abundance of exclamation points I was super stoked… and super nervous.

We planned out an awesome day starting at one of my favorite little hole in the wall breakfast spots. The rest of the day from there was a series of let downs. I have a huge list of abandoned buildings around the area so I was positive I’d be able to show Allie and her friend, Jean-Marie, lots really interesting spots. We got shot down at every single place in a seriously bizarre number of ways. We covered a lot of ground that morning with absolutely zero luck.

We were just about to call it quits but luckily a solid lunch saved that day. After eating we came to the decision that driving to the trailer park could possibly redeem the whole day. Spoiler alert: it did. 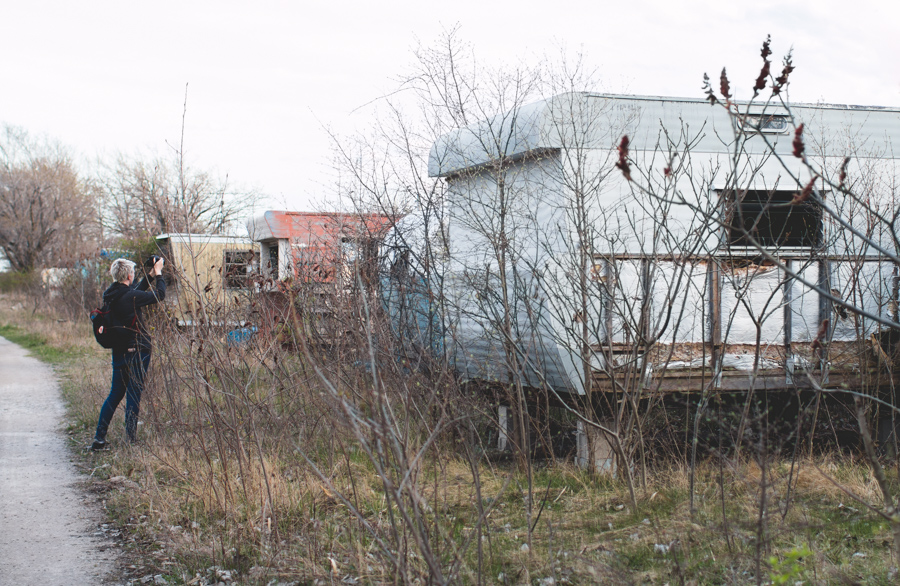 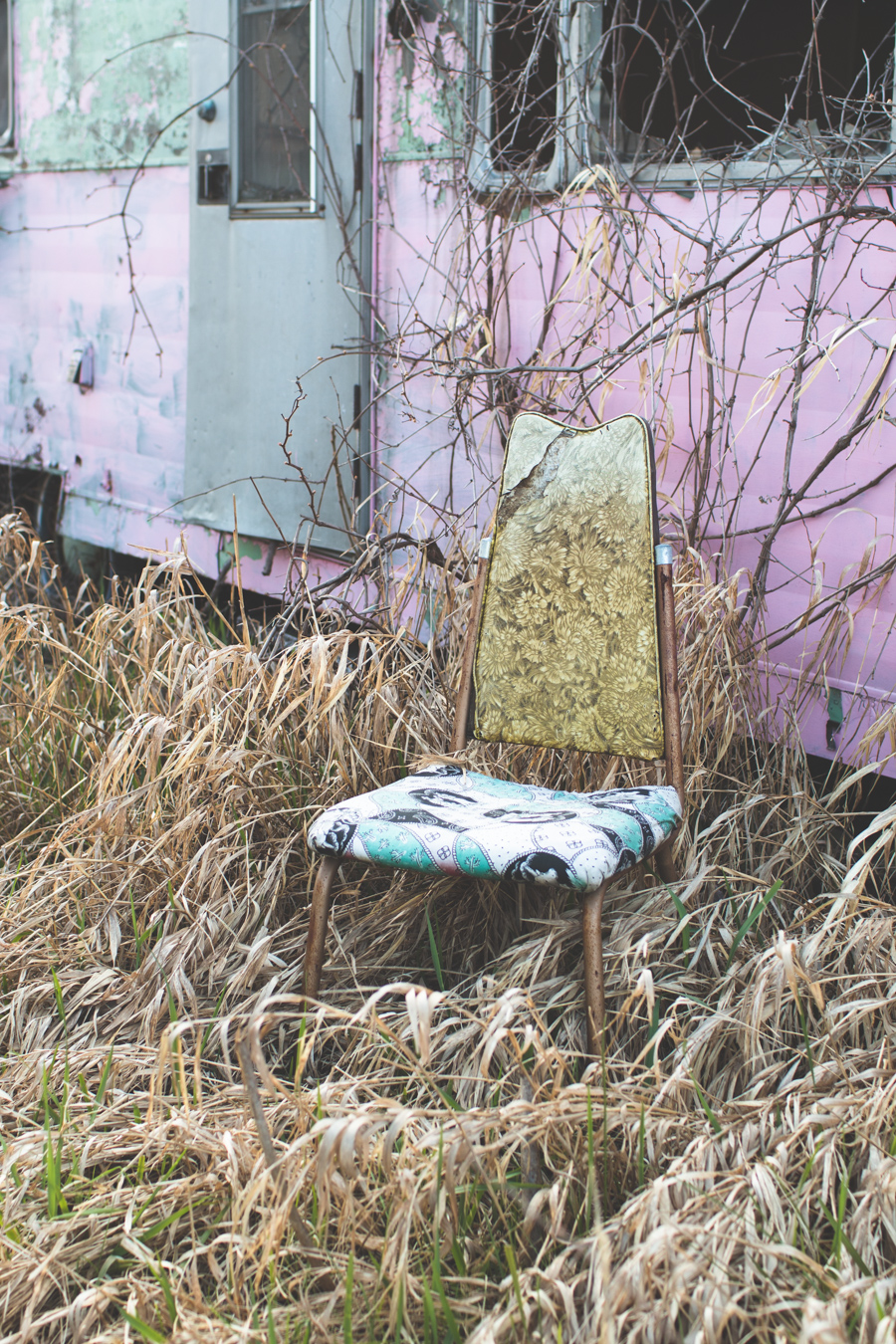 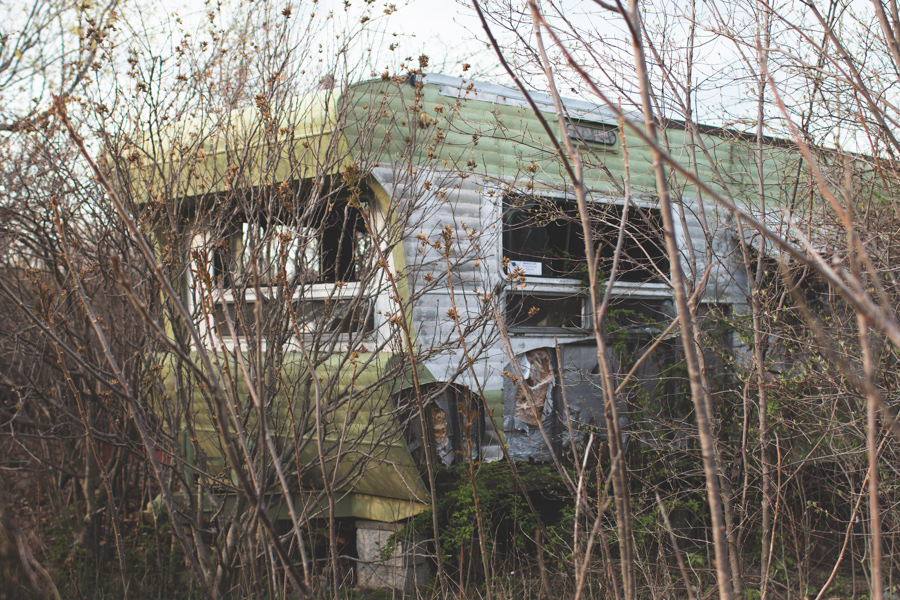 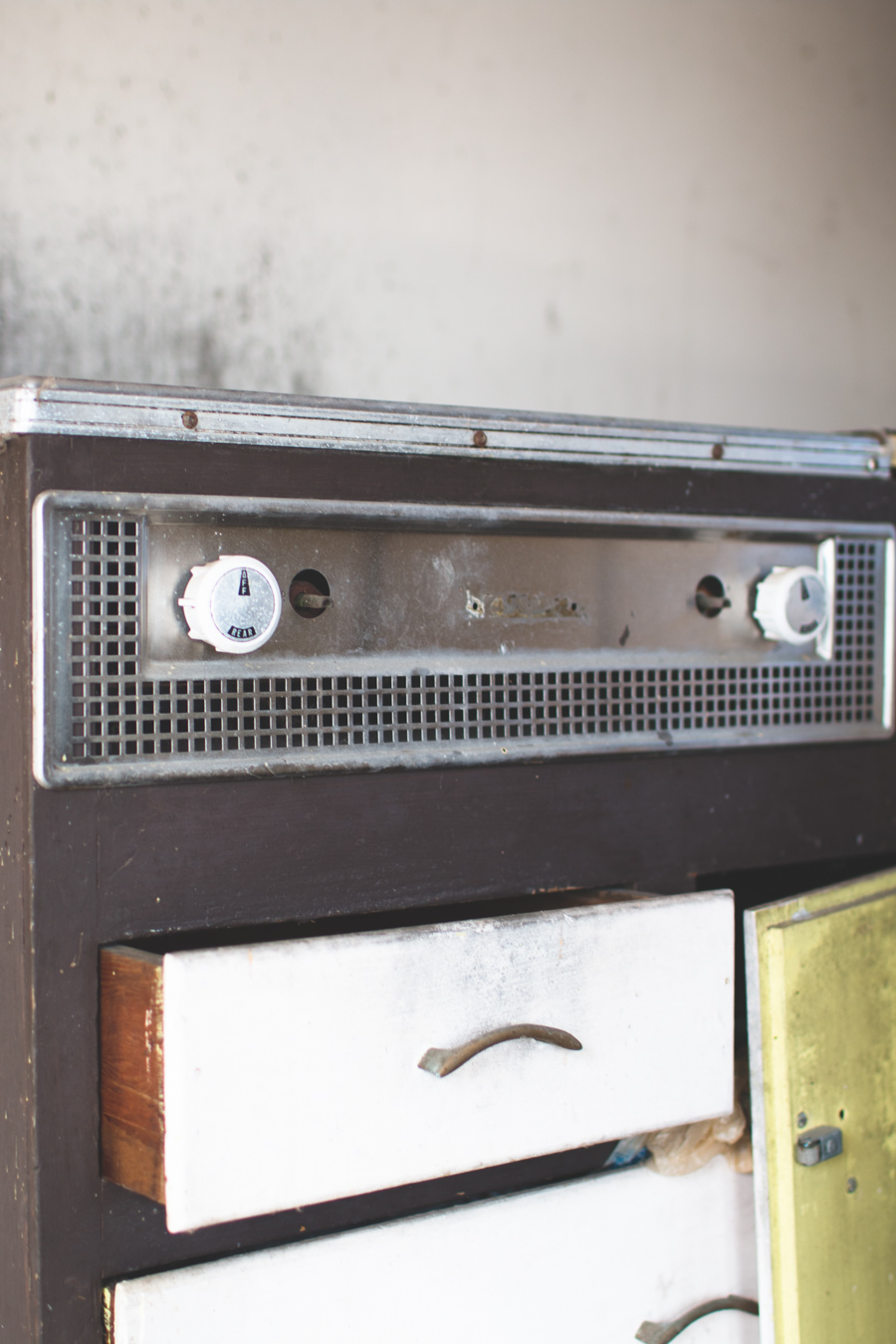 Do you see the face in the photo above? 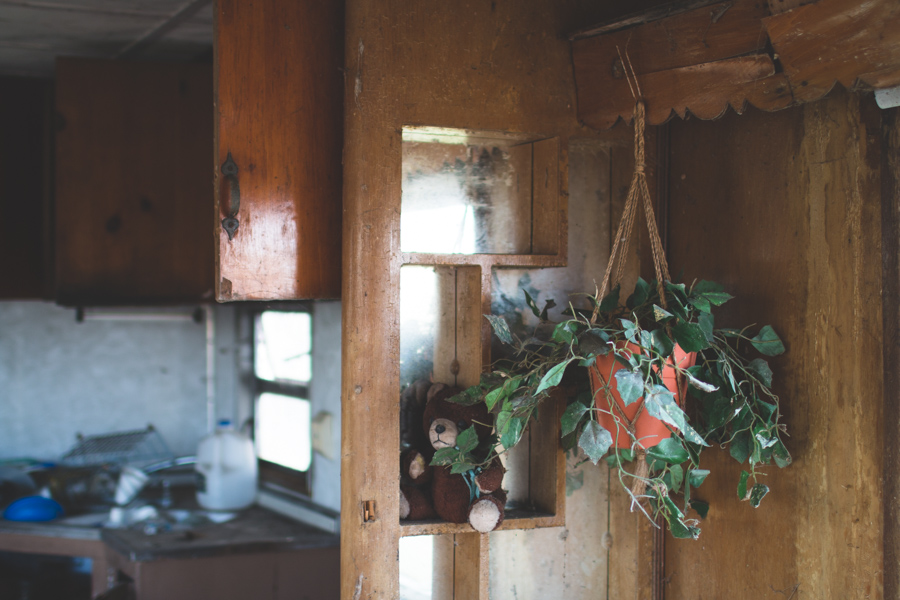 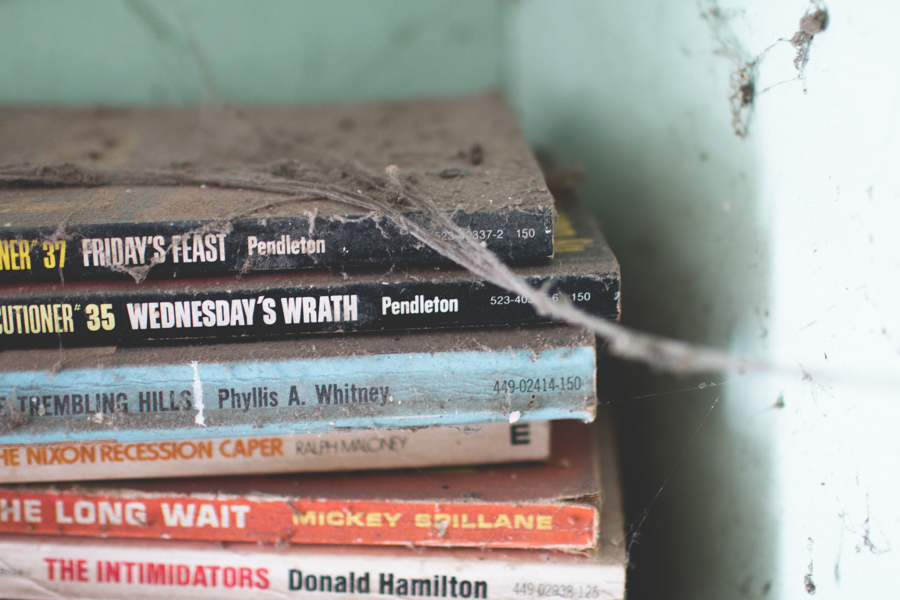 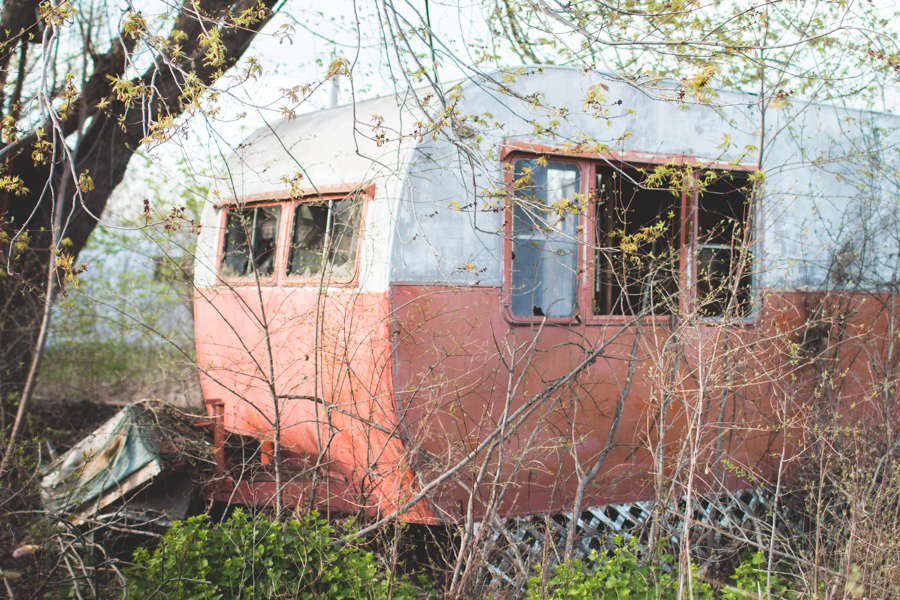 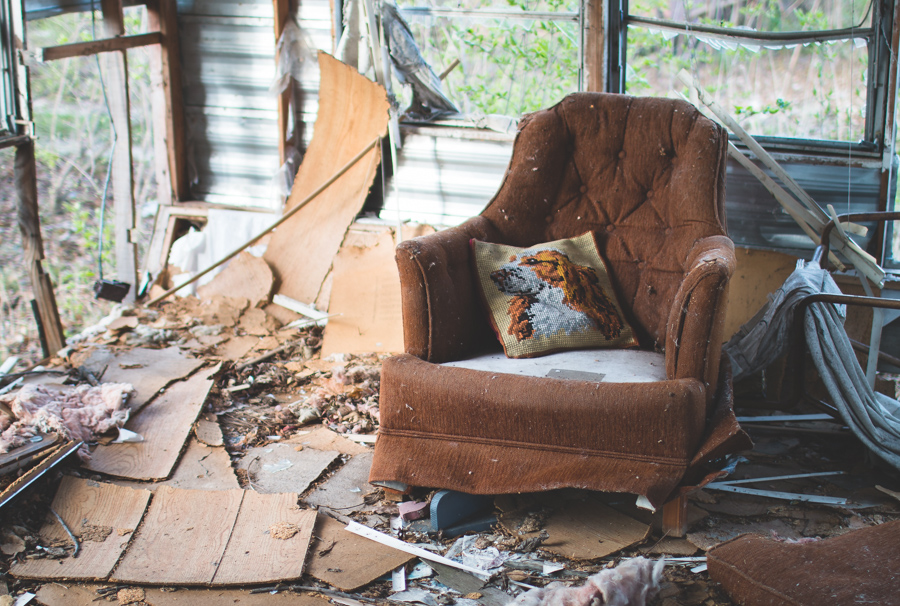 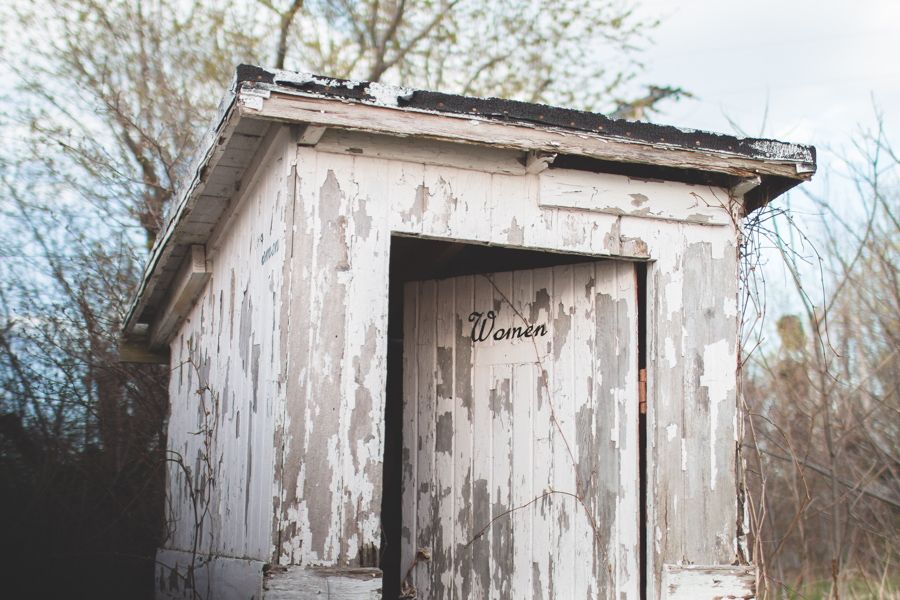 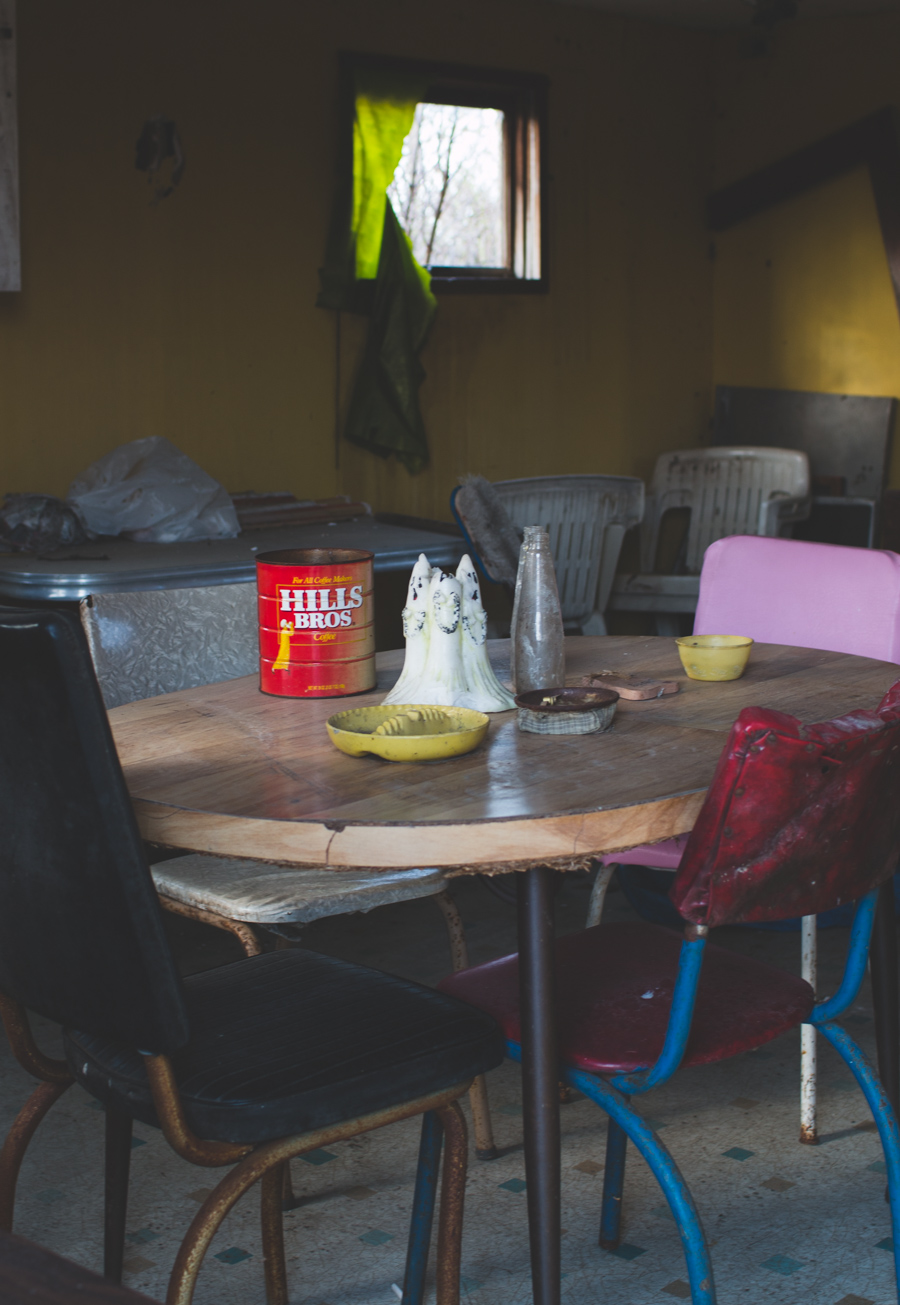 I was too nervous to go into this cabin when I discovered it on our last visit because I just got the weird vibe that someone lived there. It was arranged a bit differently on this most recent visit, and didn’t hold that same energy. Such a funny little set up. 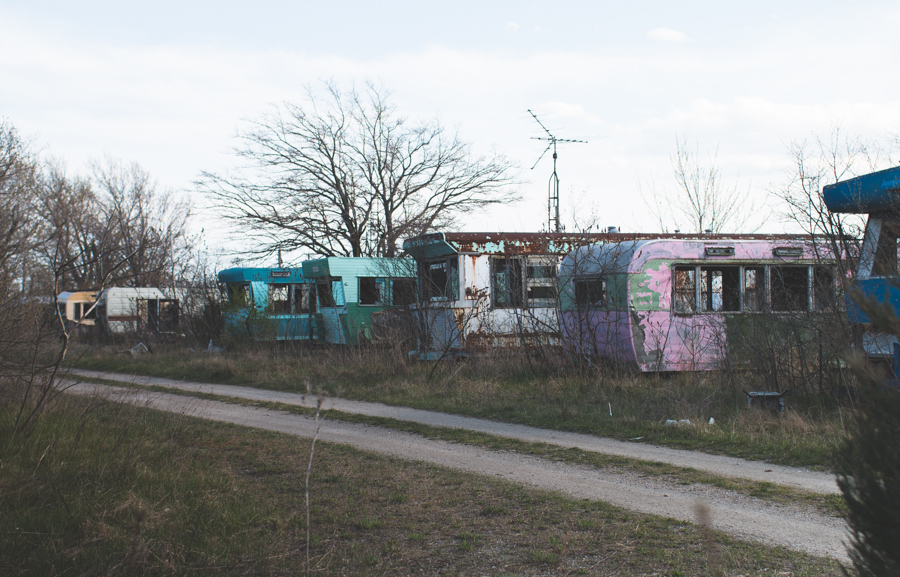 Despite my numerous previous visits I still found new things to photograph. If anything, I think I saw more this time to shoot than ever before. The first few cabins we entered were just full of personal items. Things always make a location so much more interesting, and relatable. I was particularly taken by the dusty old books shown above. They were so filthy. I’ve seriously never seen anything like it. When I showed Jeff my photos from the day he commented that they look like something from the set of a movie of an ‘abandoned’ location, not something you’d actually see in an abandoned home. I couldn’t agree more.

I didn’t really notice the titles of the books while I was shooting a thousand photos of them but while I was editing I spotted the title Hearse Class Male, which made me giggle. I was curious what it might be about so I looked it up. Amazon oddly enough didn’t have a description but they do have a photo of the cover. The quote on the cover reads “The blonde smiled at Liddell. ‘I’ll do anything I can to help you, Johnny. You know – the intimate touch.'” Maybe I’m really just a ten year old boy or maybe I think it’s funny because it sounds like something very, very naive would say but “the intimate touch” almost made coffee come out my nose. 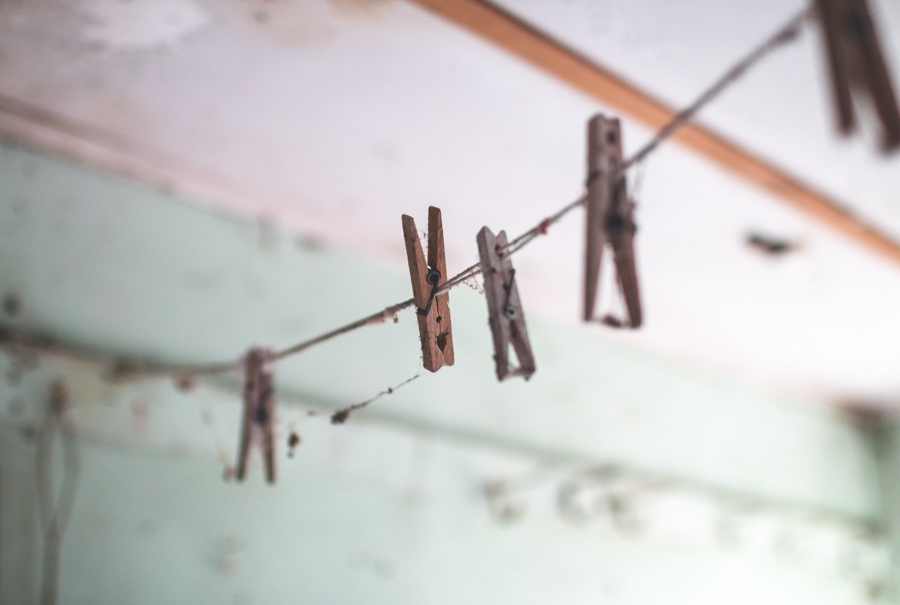 The day didn’t turn out exactly as planned but it did give us lots of silly little stories, and we got to hang out the whole day which is way more than I ever expected. I’m really, really looking forward to hanging out with Allie again! To be able to connect with people through blogging like this is seriously the coolest. Consider this post encouragement to reach out and contact that person you follow that seems like they’d be a ton of fun. If us two shy gals can do it, you can too!

Until next time, trailer park.
xoxo

I am totally overwhelmed by the outpouring of love

starting off spooky season right by buying a giant

It’s finally not 1000 degrees and I am soooo rea

a little sluggo model from today. I just love how

this week in ~ Kaylah grows smelly flowers ~ my #o

cicadas are my favorites but you funny little spac