explore everywheresome of my favorite posts 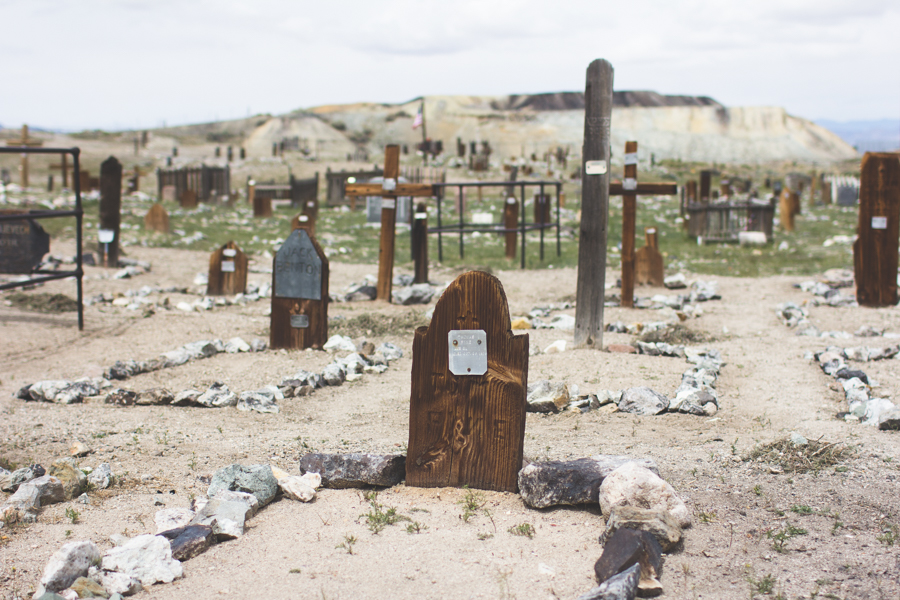 I’ve always had this vision of what a cemetery in the desert looks like. I imagine its filled with cowboys. Its definitely dusty there. The headstones probably aren’t anything like the ones I’m used to in the northeastern side of the United States. Mountains in the background are a must. Aside from cowboys, Tonopah Cemetery hit all the marks. It was everything I had ever dreamed of. It was dusty, there were mountains, and this cemetery was like nowhere I have ever been before!

Founded in 1901, this cemetery was only active for a mere ten years before the number of dead outgrew the small plot of land. Just over 450 people are buried here, more than a few of which fell victim to the  “Tonopah Plague” in 1902. It was actually just pnemonia but it claimed the lives of at least 30 people from the small town and caused a mass exodus. Another big reason people ended up here? The Belmont Mine fire which was clearly marked on many of the headstones.

Tonopah Cemetery almost feels like a fake cemetery, like something someone would set up in their yard for Halloween. So many of the headstones just listed the name and cause of death. I’ve never seen anywhere where so few had the date of birth and death. The unique choice of grave marking materials only added to the cemetery’s appeal. I counted less than five traditional granite headstones.The majority were wood. I even saw what appeared to be a table leg being used! 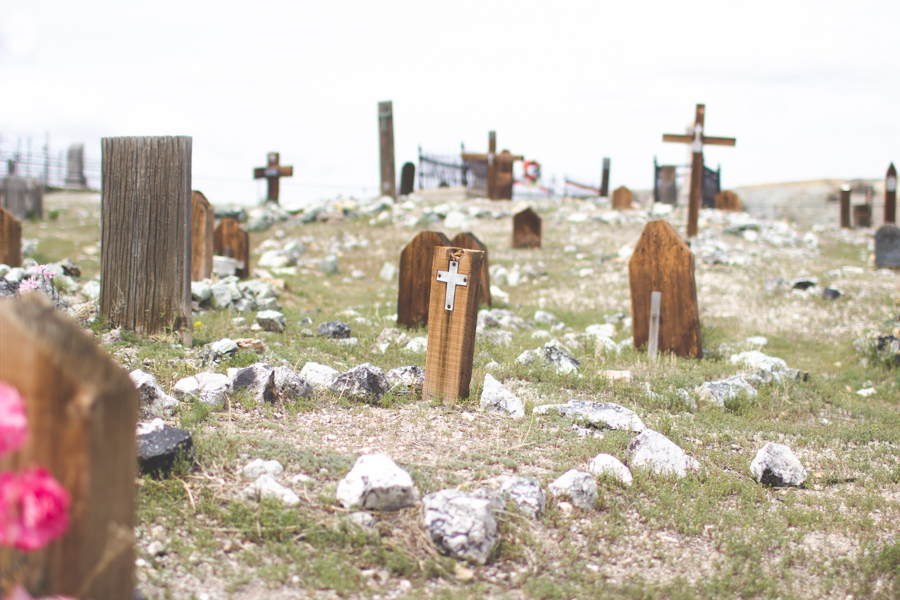 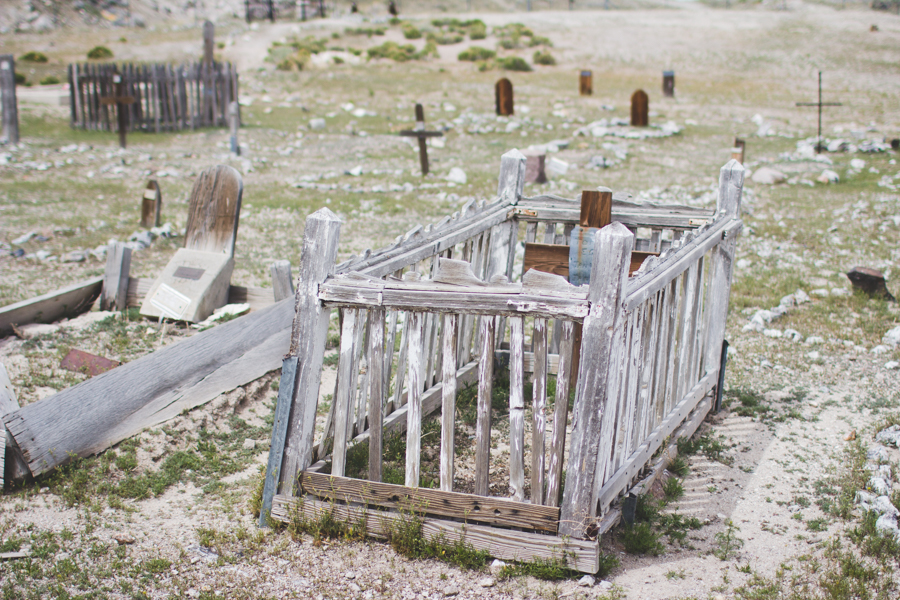 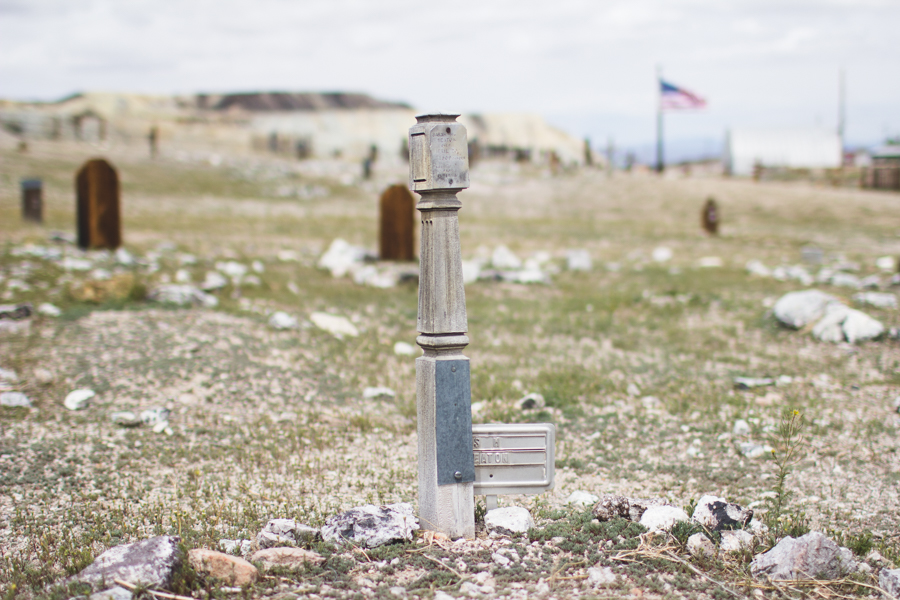 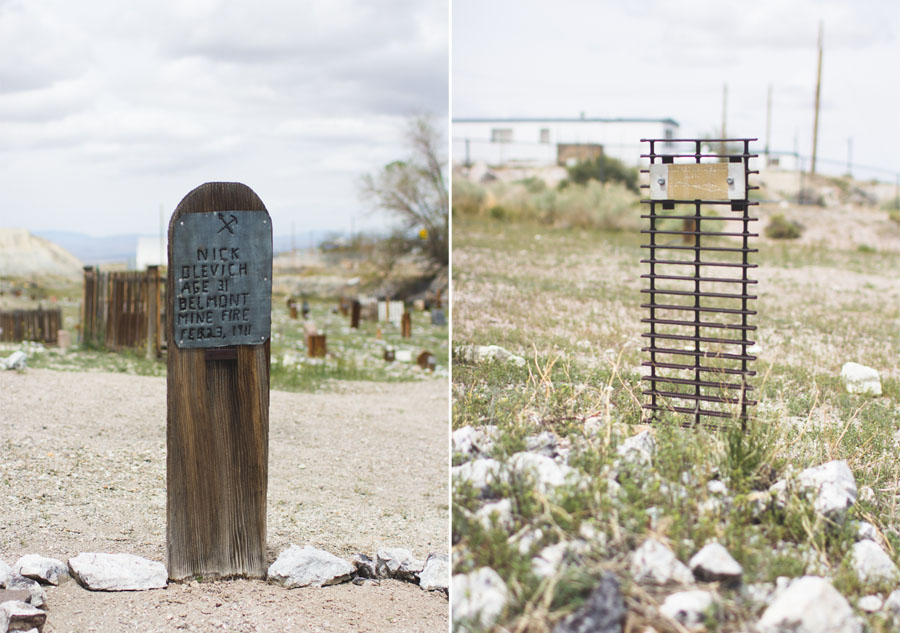 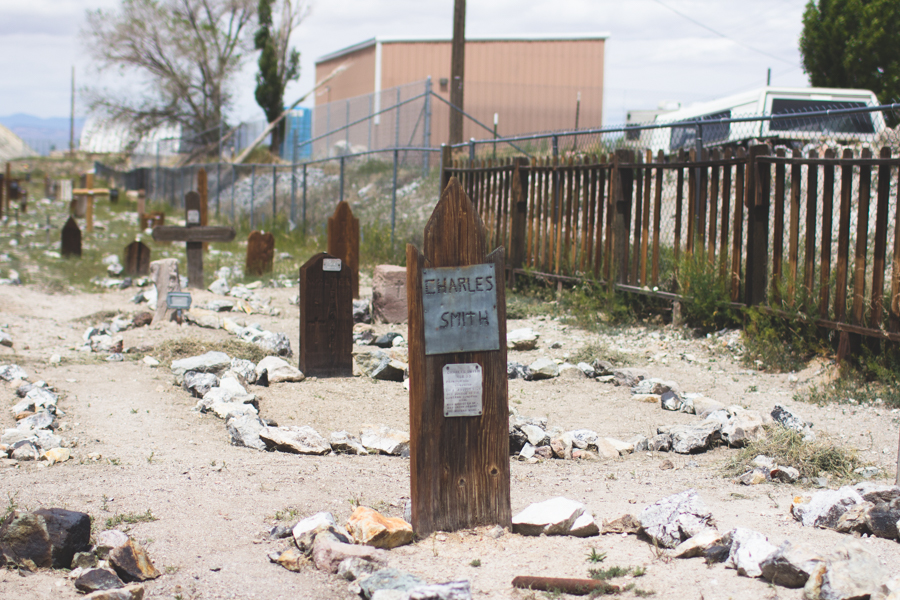 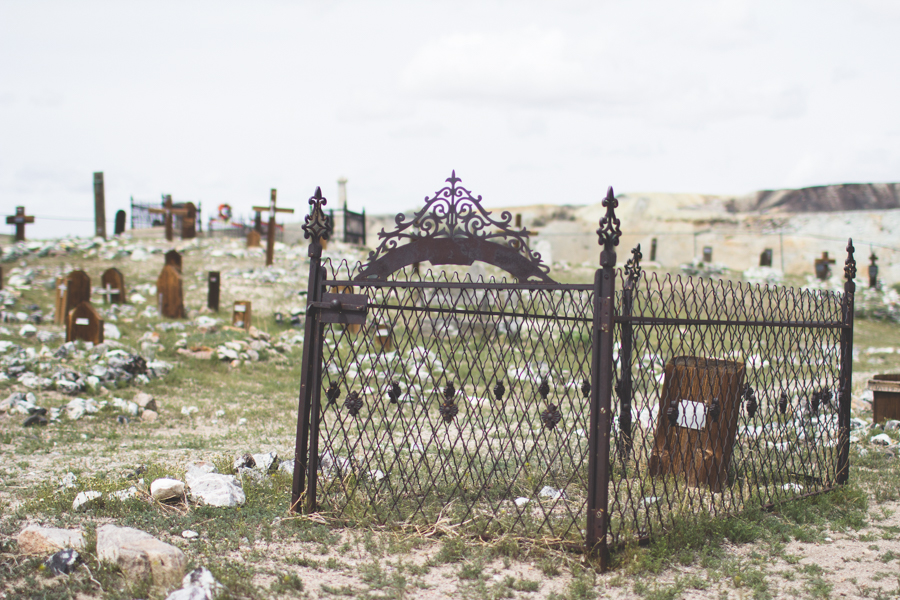 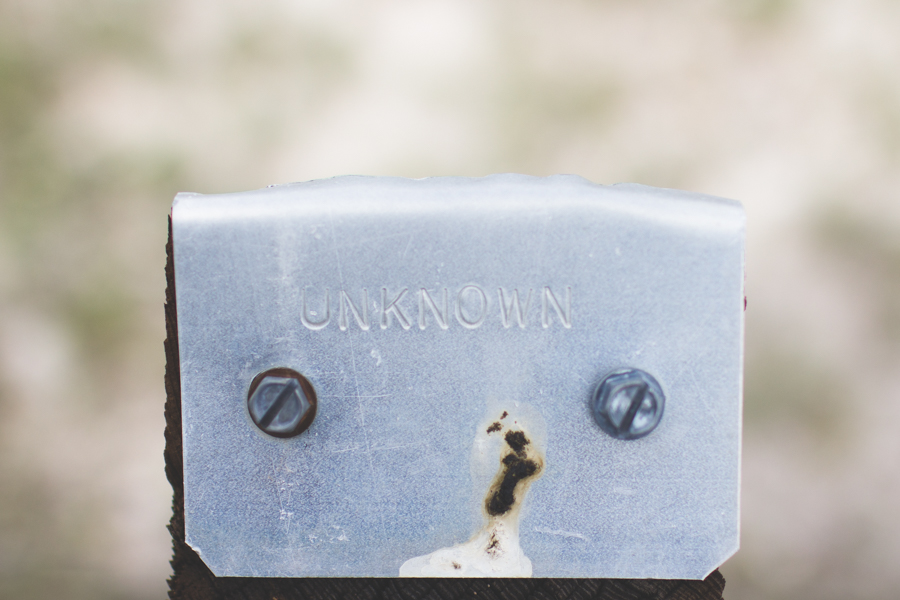 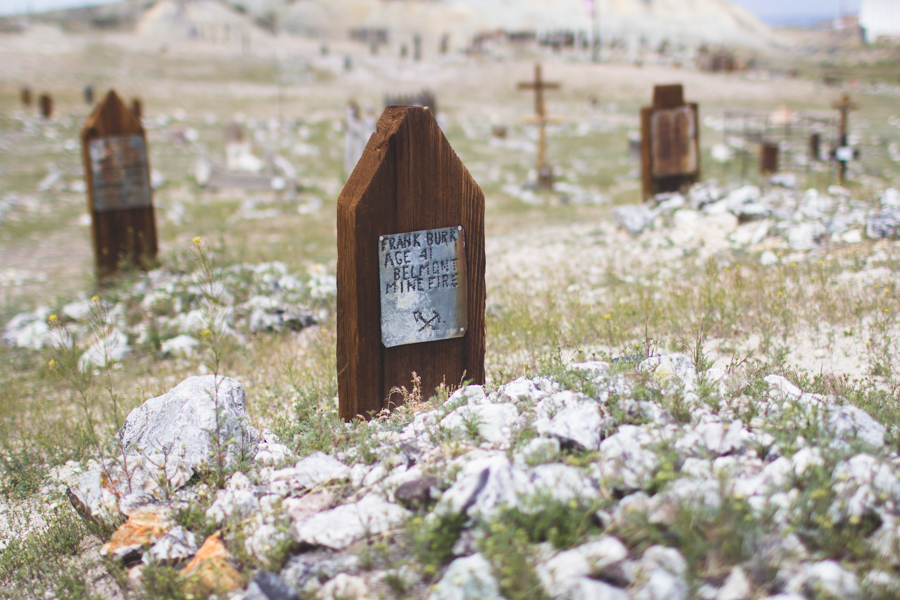 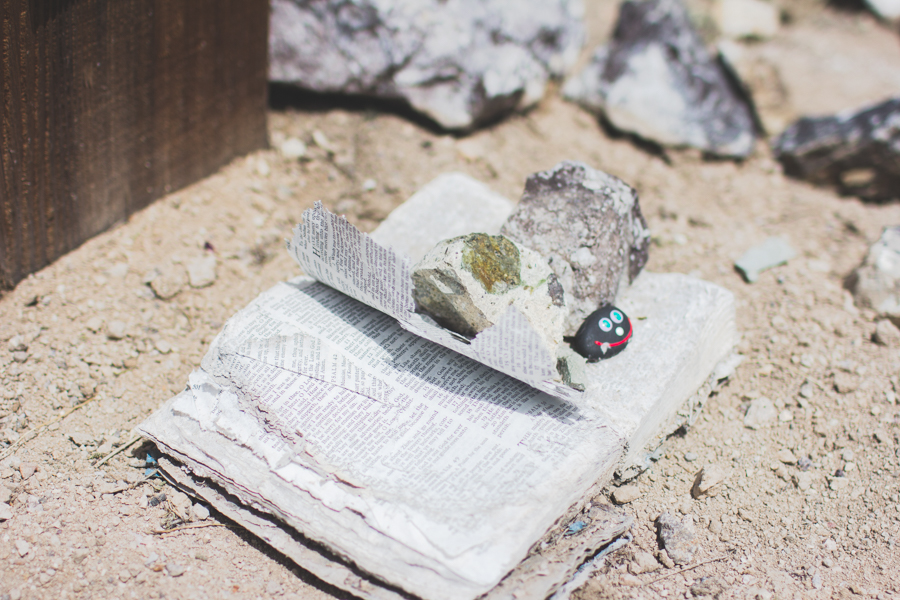 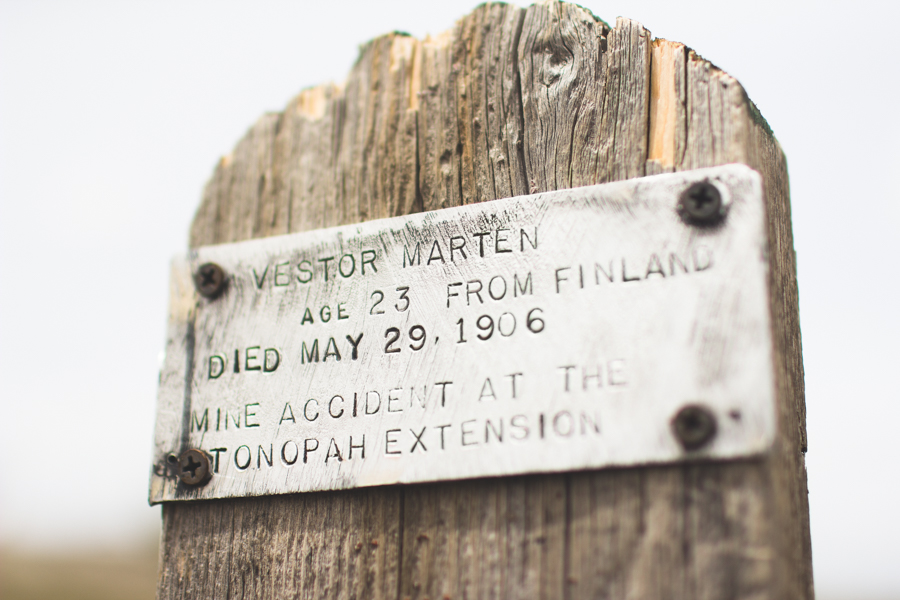 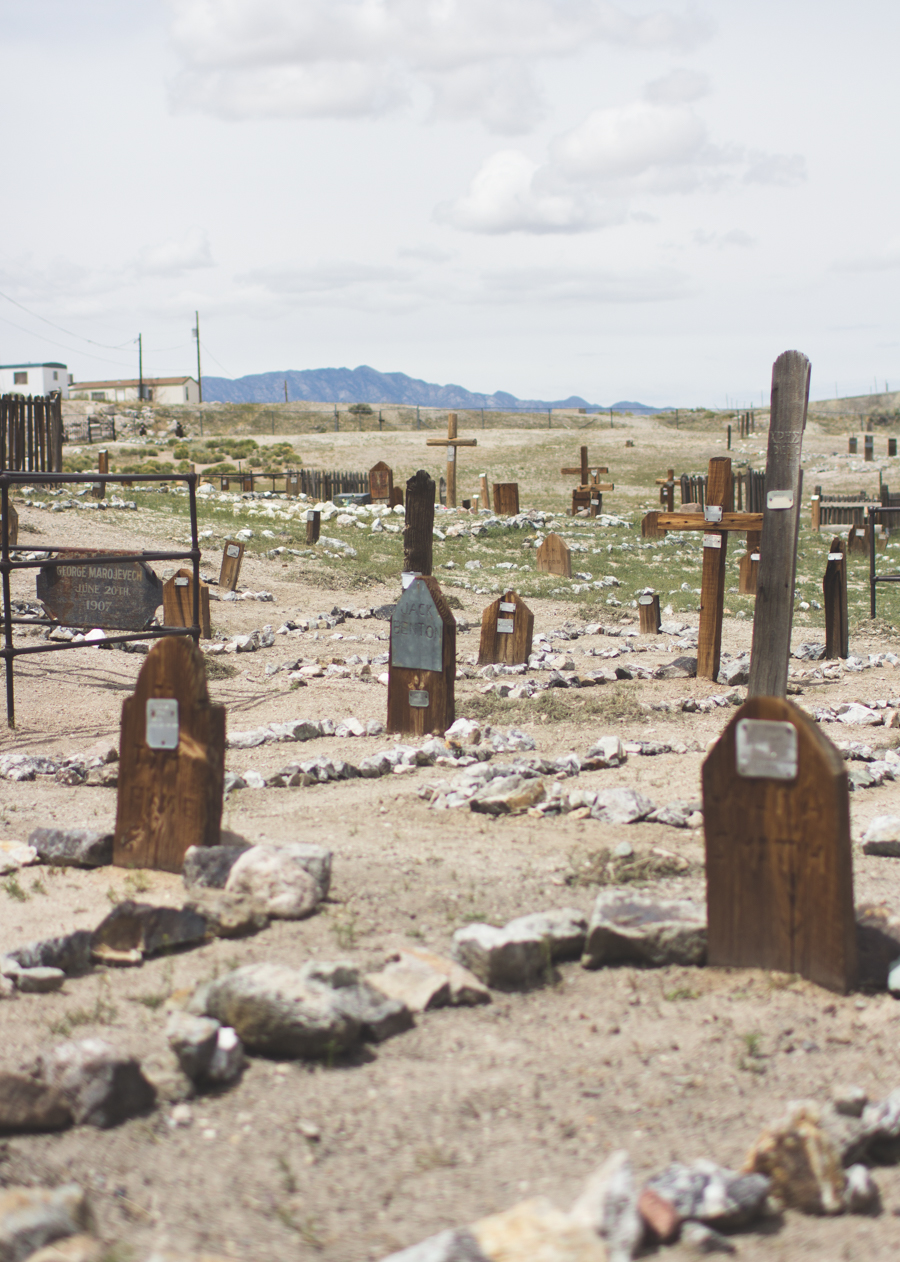 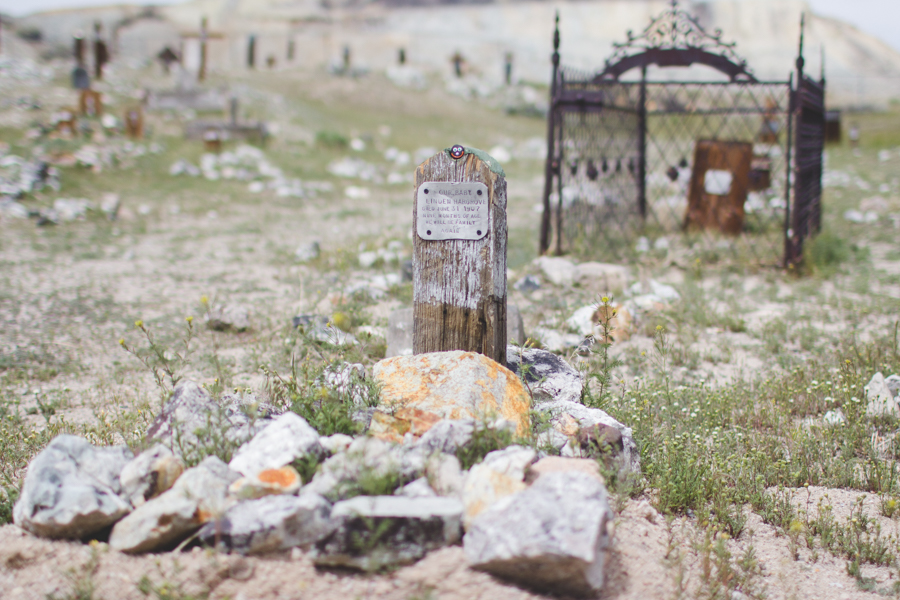 Oh, I’m saving the best part for last! This cemetery? It’s right next door to a clown themed motel. Despite what a very funny polariod of me as a child at the circus would have you believe, I’m not afraid of clowns. As much as I’d love to write an article like the forty others I found while doing some post-vacation research about how this is “the creepiest place EVER” I didn’t think anything about Tonopah Cemetery or its surroundings was creepy. Unique? Absolutely! I’ll be the first to admit that its kind of funny but honestly there was nothing spooky about it.

Jeffrey isn’t a motel staying kind of guy or I gladly would have shelled out the $42.50 to spend the night, just to add it to my list of experiences. Instead, in a normal Kaylah fashion, I darted around the cemetery excitedly taking photos, trying to capture all that I was seeing, and then we moved on to the next town. 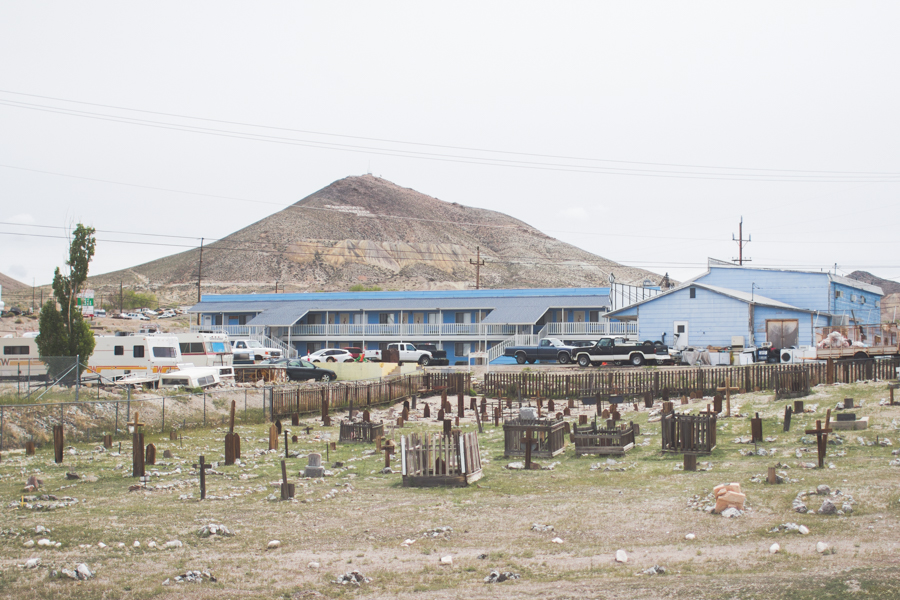 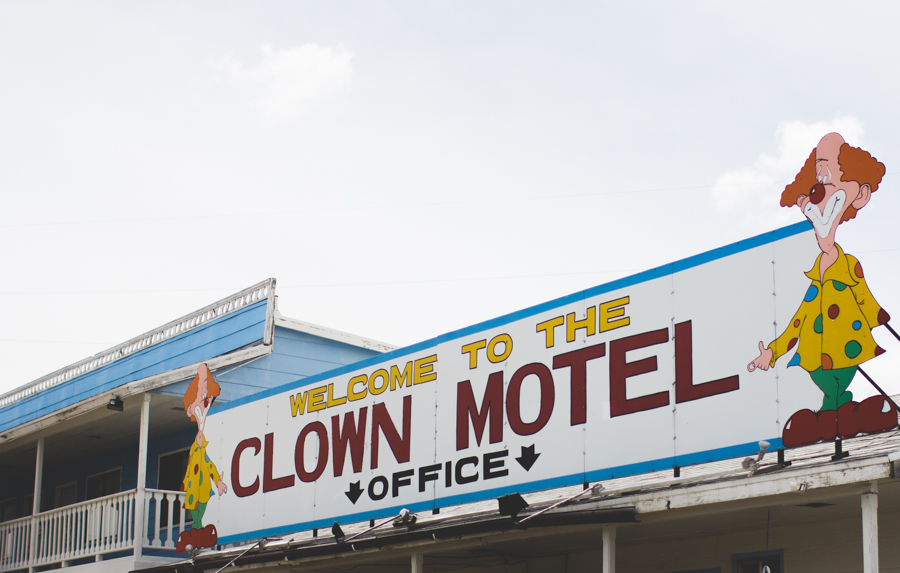 I’ve visited a lot of cemeteries but Tonopah Cemetery easily ranks among the best. Tonopah, Nevada seemed like rad, albeit very tiny, town. If you’re out aimlessly wandering, definitely check it out.

PS. For more of my favorite cemeteries, check out this list.

what I wore : beetle dress

before + after // closet door

found on the beach

my favorite four books I’ve read so far this yea

Combining my old interests (cemeteries!) with my n

🐢!!! Okay, now to make stands for everything el

now vs when we bought ✨ plus some bonus plant ph

So nice I thrifted it twice! 🎉 Seriously though

heard this audio and instantly knew a kitchen floo